Lying Face is an emoticon with big eyes, raised eyebrows, a slight frown, and a long nose that indicates that he is lying like the cartoon character Pinocchio. On the Internet, this emoticon is used in the sense of deception, dishonesty, and lies of varying degrees. Also, using the Lying Face, you express disbelief of the companion or feelings abashed. The cartoon emoji cursor for a mouse named Cursoji - Lying Face! 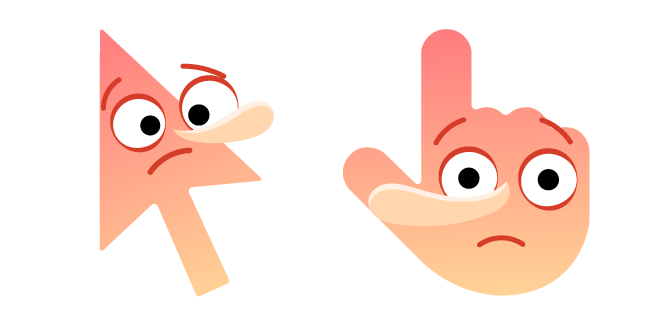