This skinny woman with pink skin, short maroon-red hair, curled bangs, big yellow eyes, and heart-shaped lips is called Baroness Von Bon Bon. She is one of the bosses in the indie game Cuphead, who lives in Inkwell Isle Two. Baroness Von Bon Bon is a very cocky, desperate, hot-tempered, and aggressive girl who cries as soon as she is defeated. The Cuphead cursor and game pointer with Baroness Von Bon Bon and Candy Cane! 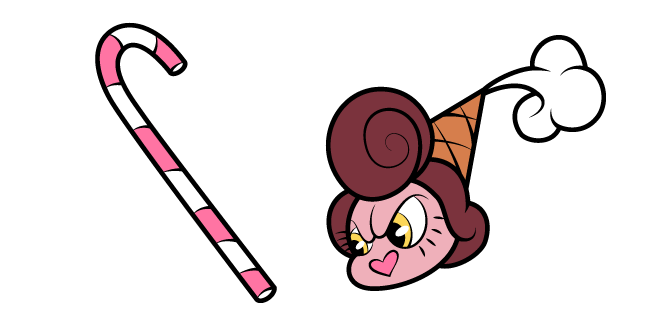