The Woman is a character in the Netflix series about the world of centaurs - Centaurworld and was shown there as an antagonist in season 1. She features tanned skin and lavender-grey hair. She also has lines under her eyes and around her cheeks that point out her age. She appears to be well trained in magic. The aura of her magic glows red and appears like a kind of lightning around her fist. Centaurworld cursor pack with fanart Woman cartoon pointer. 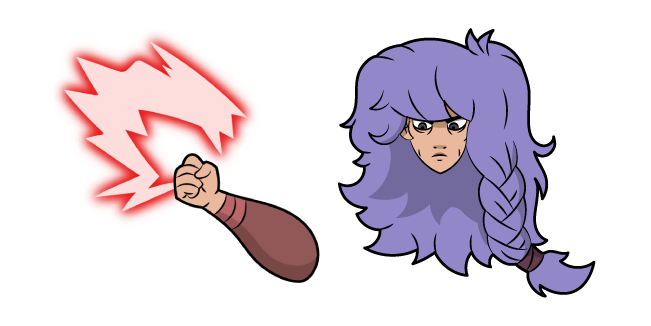