The Nowhere King was the main antagonist of the Netflix series, Centaurworld. Formerly an elk, this character became an evil being who intended to destroy both the human world and Centaurworld. He has a form of a black viscous liquid, with the only solid part of his form appearing to be his skull and antlers. But his complete form is a large, insect-like creature with six legs attached to a tendril-covered thorax. Centaurworld cursor pack with fanart cursor Nowhere King. 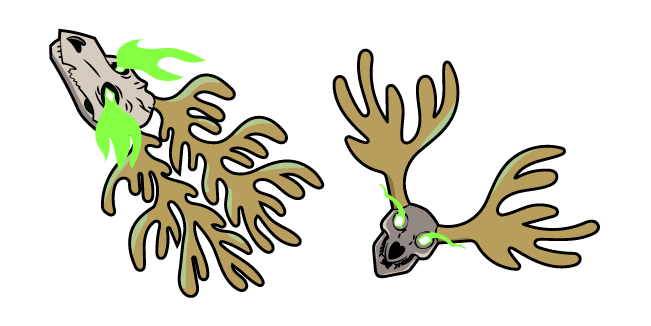