The Score Creeper is an antagonistic character in Unikitty! and is the villain of the episode Spoooooky Game. He has a physical manifestation as the shopkeeper of the Cursed Games & Such booth in the Unikingdom’s Toy Zone. He has an appearance of a robed figure with a hidden face, only visible from his glowing eyes and mouth. He wears a dark navy hooded cape with three bright green gem clasps on it. Fanart Unikitty! cursor pack with Score Creeper. 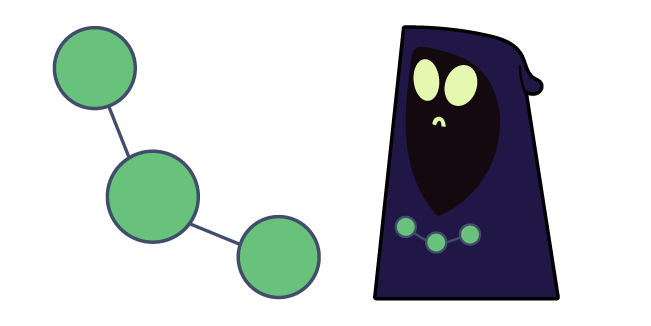