Eagleator is an antagonistic character in Unikitty!. He is the arch-rival of Hawkodile, which looks like a blue eagle-alligator hybrid and features heavy combat skills. He has a yellow-green head with three turquoise green spikes on the back. Eagleator has big eyebrows and green irises with a red scar over his right eye. He also wears a pair of navy blue boxing gloves with black bracelets and slate studs. Unikitty! cursor pack with fanart cartoon pointer Eagleator. 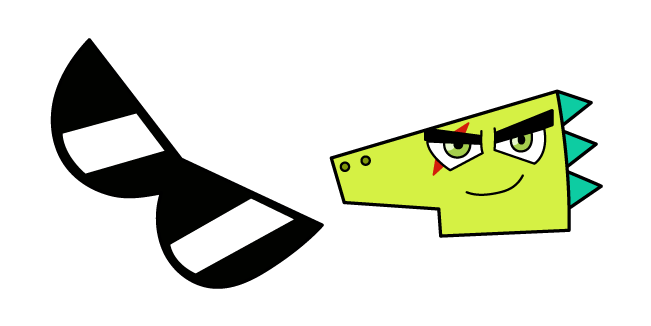