One of the main characters of the Teenage Mutant Ninja Turtles cartoon series and comics is Raphael, also known is simply Raph. He is a fictional superhero and one of the four main characters of the Teenage Mutant Ninja Turtles comics and all related media. He is the second oldest/mid-middle-child of the turtle brothers, often at odds with his older brother, Leonardo. His weapon of choice agains Shredder and his forces is twin Sai. Now he is available as fanart cursor of TNMT Raphael and Sai. 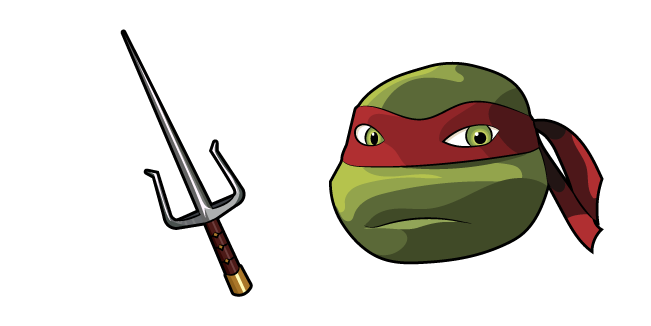 He-Man and the Masters of the Universe Skeletor cursor