Raymond is a robot with a pointy head created by Lord Boxman and is one of the enemies in OK K.O.! Lakewood Plaza Turbo and OK K.O.! Let's Play Heroes. He has a green body and red eyes. Like other robots by Lord Boxman, Raymond can reboot. His body explodes, and his consciousness appears in a new body. Also, he likes to appear stylish and wearing some girly stuff. Cartoon cursor OK K.O.! Let's Be Heroes with robot Raymond. 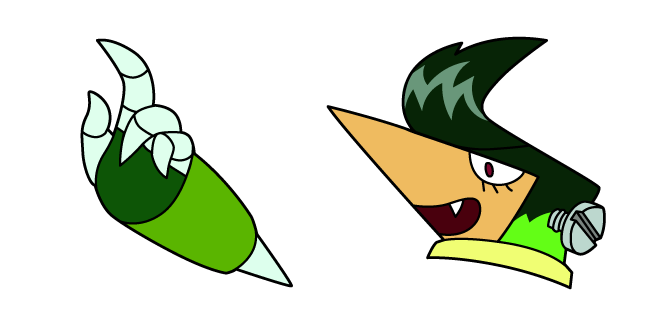