Coraline and The Doll Cursor

Coraline is an American stop-motion animated horror film written and directed by Henry Selick and based on Neil Gaiman's novella of the same name. Produced by Laika as the studio's first feature film, this cartoon tells the story of Coraline, its titular character, discovering an idealized parallel universe behind a secret door in her new home, unaware that it contains a dark and sinister secret. Coraline and The Doll fanart cartoon cursor. 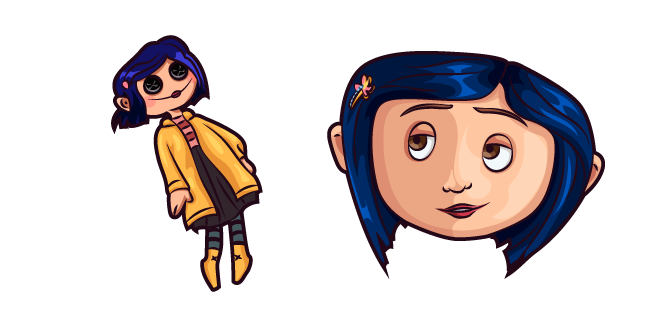