This thin guy with unkempt brown hair, green eyes, a black top hat, and a formal outfit is named Harrison. He's a Campbell camper from the hilarious cartoon series Camp Camp. Harrison is a very energetic, humble, kind, and intelligent magician who loves magic and enjoys demonstrating his skills to others. Harrison can often be seen with cards in hand and his tricks are not just an illusion, but real magic, which is anomalous! The Camp Camp Harrison and Cards in a cartoon cursor for a mouse! 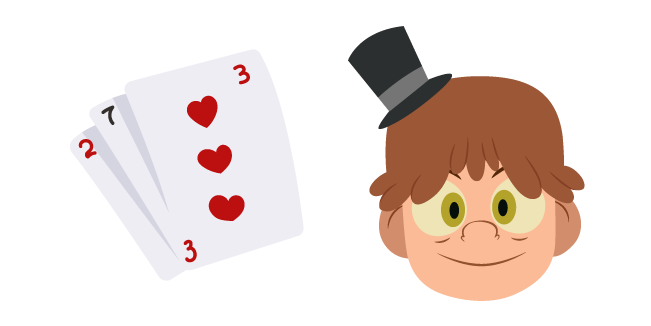