Tick is a Thrower-class fighter from the popular game Brawl Stars, which can be obtained on the Trophy Road. He has a normal movement speed, the lowest health among the fighters, but very high damage. Tick deals damage to enemies by throwing three mines over obstacles that explode near them or after a delay. His Super launches his head, which chases the nearest enemy and, upon finding him, explodes. The Brawl Stars cursor and game pointer with Tick! 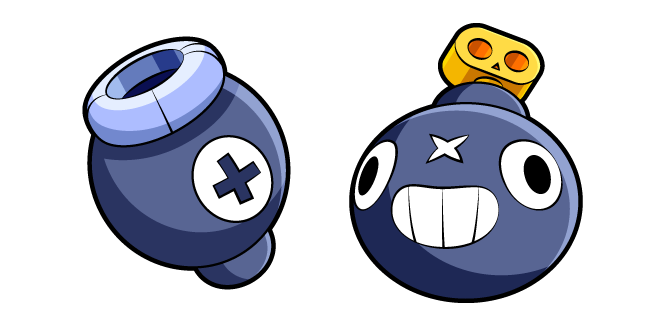