Four is the main host in the Battle of Dream Island, which looks like a poorly drawn Arabic numeral four in blue color. Four is a very hot-tempered, angry, and selfish guy who uses his powers to harm members for fun. Four is able to stun any participant with his screech, shoot beams from his hands, manipulate gravity, transform reality, and much more. The BFDI cursor and cartoon pointer with Four! 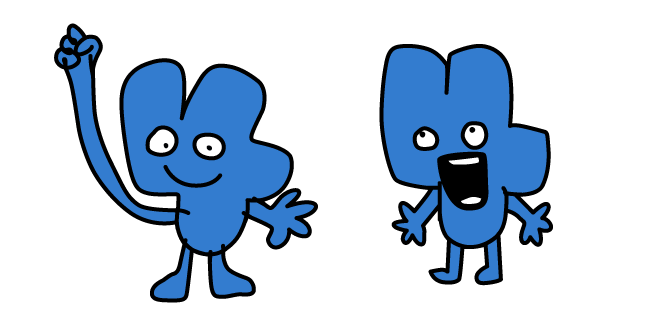