Ken Ryuguji, who is also known as Draken, was a founding member and the Vice-Leader of the Tokyo Manji Gang in the Tokyo Revengers anime series. But two years later he joined Brahman. He has a prominent dragon tattoo on his left temple. His blonde hair is long on the top of his head and kept in a neat braid, while the sides are shaven. He leaves a few strands of hair loss in the front. Tokyo Revengers cursor pack with fanart Ken Ryuguji anime pointer. 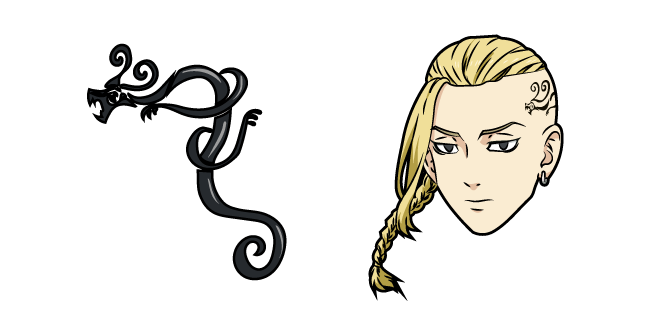