Tetsuya Kuroko is the main character of Kuroko no Basuke anime. He was the Phantom Sixth Player of the Generation of Miracles. Tetsuya specializes in misdirection and passes and plays basketball with Seirin to bring the team to the top of Japan. Kuroko plays for someone else and he becomes stronger when the "light" is stronger - the player he supports during a game. He has a soft spot for cute animals and has a Tetsuya dog. For those, who know Kuroko no Basuke anime we made this Kuroko and Tetsuya cursors! 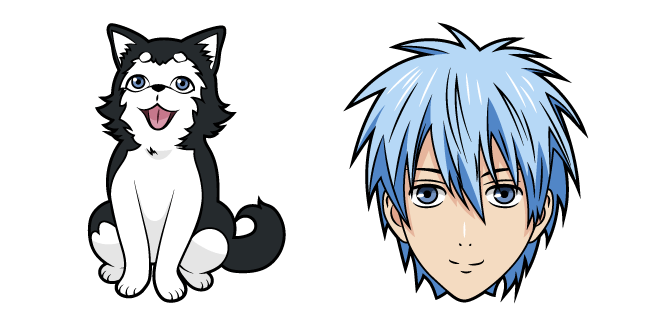