Polly Esther is the main heroine of the series. In the Japanese version, by the way, she goes under the identity Nyanki 3gou, the only girl of the Pizza Cats. She battles evil with the power of love, where she charms her foes in close-range of her razor-sharp claws. Polly also plays her flute as part of her roll call. She features blue eyes and wears red and pink armor. Samurai Pizza Cats cursor pack with fanart Polly Esther anime cursor. 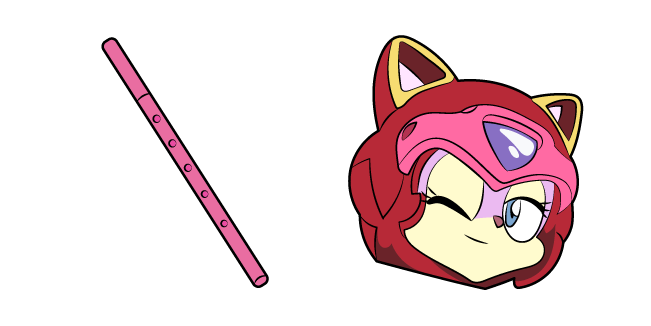