Atsuko Kagari, most known by her nickname Akko, is the central main protagonist of the Little Witch Academia anime. She is a first-generation witch from Japan and an admirer of Shiny Chariot. Akko is best described as a joyful and bright personality yet impulsive and stubborn girl, which is consistent with her normally exaggerated expressions. She is always ready for a challenge, even if it is too difficult for her and everyone else. Little Witch Academia cursor pack with fanart Akko anime cursor. 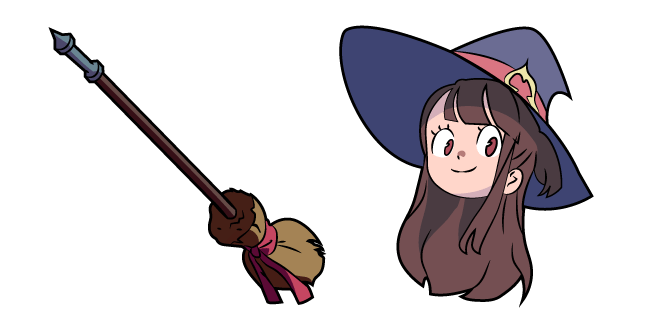