This very skilled driver who studying in high school is Takumi Fujiwara and he is a member of Project D and the main character of the manga and anime Initial D Fourth Stage. Takumi Fujiwara is the driver of the Toyota Sprinter AE86 Trueno GT Apex and eventually becomes the second-best racer in Akina, who competes with the other racers. In the manga and anime Initial D, Takumi is also the delivery boy of his father's tofu business, doing deliveries in the morning at Mount Akina. The cool anime cursor for a mouse from Initial D Fourth Stage with Takumi Fujiwara and Toyota AE86! 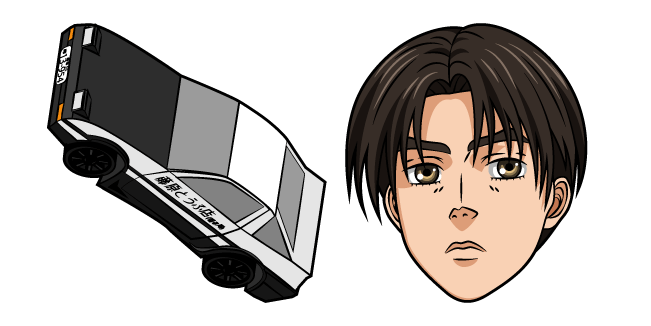