Lust is the incarnation of Father's lust who is characterized as mildly flirtatious, but serves mostly as an object of lust for others, feeding their desires so that she could fulfill her duties to Father. Lust is defined as Homunculus, a legendary concept of an artificially created human. She is a beautiful pale-skinned woman with long wavy black hair that has short bangs. Fullmetal Alchemist cursor pack with fanart Lust anime pointer. 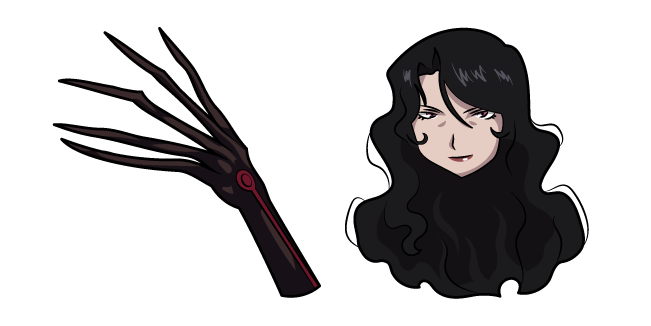