Yami Sukehiro is from the Hino Country and is the first captain of the Clover Kingdom's Black Bull squad of the Magic Knights. He was a member of the Grey Deer squad. He uses a rare magic attribute to generate and manipulate the element of darkness. He primarily uses dark magic by channeling it into his katana. Due to his ability to affect the other world naturally, the boy is ranked as an Arcane Stage mage. Black Clover anime cursor with Yami Sukehiro and Katana. 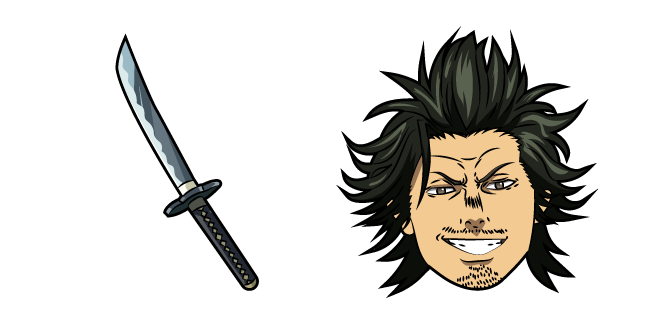