Wakatoshi Ushijima is one of the characters of the Haikyuu!! anime series about a volleyball team. He played volleyball and was a captain at Shiratorizava Academy. Wakatoshi Ushijima was even a number one ace in Miyagi Prefecture and ranked among the countries to three aces. He is commonly referred to by his nickname Ushiwaka, and his favorite food is Hayashi rice. The sports manga and anime cursor from Haikyuu!! with Wakatoshi Ushijima and his dish Hayashi Rice! 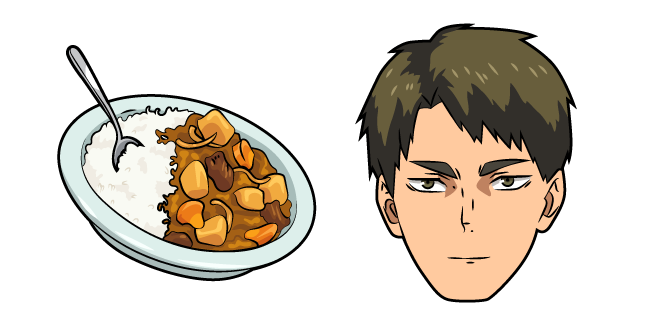