Keiji Akaashi was a second year at Fukurōdani Academy, and he was the volleyball team's vice-captain and setter. Akaashi is calm and composed most of the time, usually choosing not to show a wide range of emotions. His team had matches with Nekoma high school volleyball club, Itachiyama, Eiwa High, Morikawa High school volleyball clubs. Akaashi seems to be Bokuto's closest on-screen friend, often getting dragged into his antics whether he likes it or not. It's amazing anime with an interesting plot, so we really recommend you watch it and add the Haikyuu!! anime cursors pack. 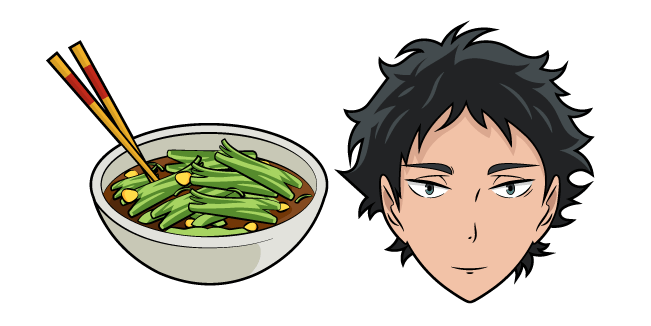