Kiryu Coco is a female Japanese Virtual YouTuber associated with hololive. She is depicted as an outspoken, irreverent dragon who often uses brutish humor and swear words. Coco enjoys teasing other members in her streams, making fun of their losses on her morning show, or during collaborations. She is also kind of a singer - Coco has released her song Weather Hackers and a cover of Fansa by HoneyWorks. Hololive cursor pack with fanart Kiryu Coco pointer. 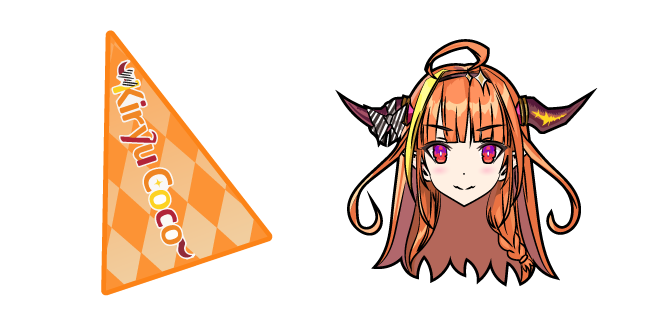