Brock is a secondary antagonist of Unikitty! cartoon series. He is Master Frown's best friend and roommate. He is a greyish-blue tombstone-shaped creature that doesn't have legs but has small rectangular arms that float off of his body. He features lime green sclera and eyebrows that float off of his body. This character is a chill and calm person who loves playing video games. Unikitty! cursor pack with fanart cartoon cursor Brock and Brock Kid. 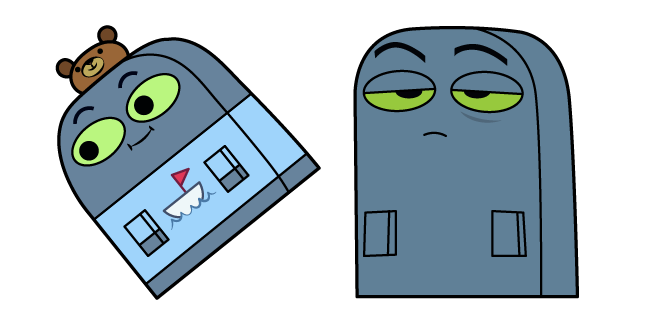