Minamoto Teru is a second-year student at Kamome Academy's High School Division and the school's Student Council President in the Toilet-bound Hanako-Kun anime series. Teru has a long katana as his main attack weapon and can create black spirit lightning with this instrument. He has blond hair and blue eyes and is considered to be handsome, leading to his high popularity within the school. Hanako-Kun cursor pack with fanart Minamoto Teru anime pointer. 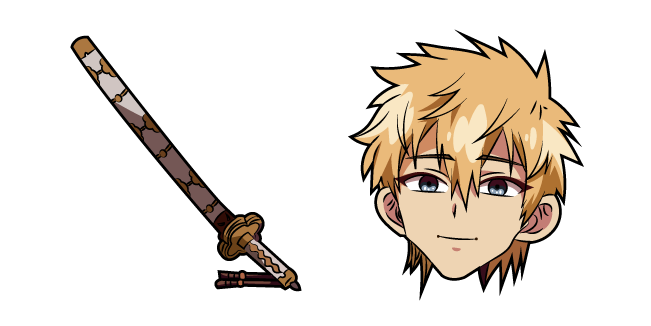