Twinkies cursor pack features an American snack cake that was formerly made and distributed by Hostess Brands. It is often described as a golden sponge cake with a creamy filling. What is more fascinating, this snack appears in a lot of popular movies and series. For example, in X-Men: Apocalypse, Quicksilver eats a Twinkie while in slow motion of his run at the same time saving the mutants. Or in Spider-Man: Into the Spider-Verse, a snack of a twinkle is sitting on Miles's top shelf in his room. 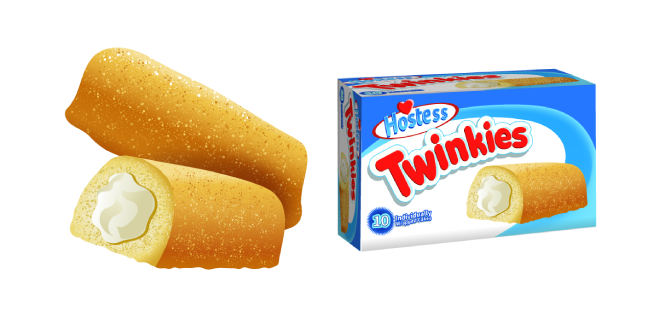