Cappy is shown as a partner character introduced in Super Mario Odyssey. He assists Mario in a variety of ways throughout the game. He is his older brother of Tiara and teams up with Mario to rescue his sister. He replaces Mario's cap during the course of the game. By default, its form is a large white top hat with magenta eyes, but Cappy can take the form of different hats, including Sombreros. Super Mario Odyssey cursor pack with fanart Cappy game cursor. 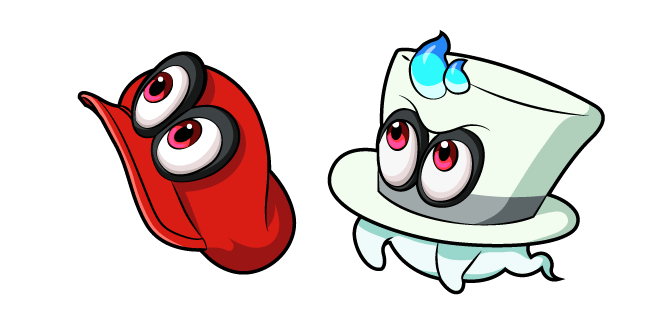