A terrifying sentient creature aligned with the Upside Down, Vecna started as the human Henry Creel which later was transformed by an alternate dimension in an unknown manner. This character is the main antagonist in the fourth season of Stranger Things. He keeps the psychic abilities that Henry once possessed - the ability to get into the minds and memories of others, and the power of telekinesis. Stranger Things cursor pack with fanart Henry Creel Vecna pointer. 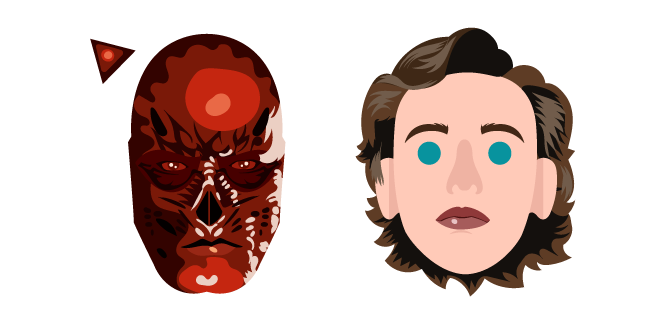