Echo, originally designated CT-1409 and known as the Hero of Anaxes, was a clone trooper and Corporal who served the Grand Army of the Galactic Republic during the Clone Wars. Echo was commended for his bravery and absorbed into the 501st Legion. He carried a DC-15A blaster carbine during the Battle of Kamino and a pair of DC-17 hand blasters during his time as an ARC trooper. Star Wars fanart cursor pack with CT-1409 Echo and DC-15S Blaster Carbine cursor. 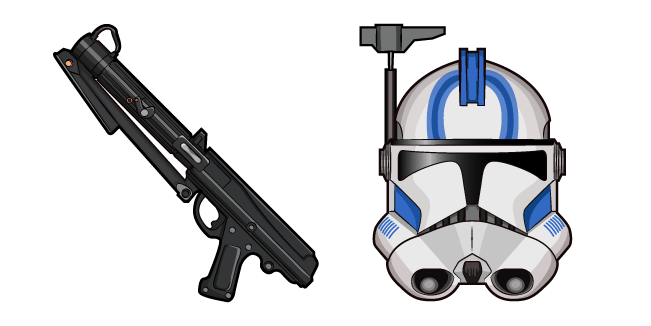