The Flying Dutchman is a green ghost with yellow eyes and black irises, a scraggly beard, a pirate hat with a chunk taken out, a handbag marked Souls, a droopy nose, a coat, little pigtails, and a ghostly tail. He speaks with a West Country pirate accent and was first mentioned in the episode Squidward the Unfriendly Ghost, later appearing physically in the episode Scaredy Pants. SpongeBob cursor pack with fanart Flying Dutchman cartoon cursor. 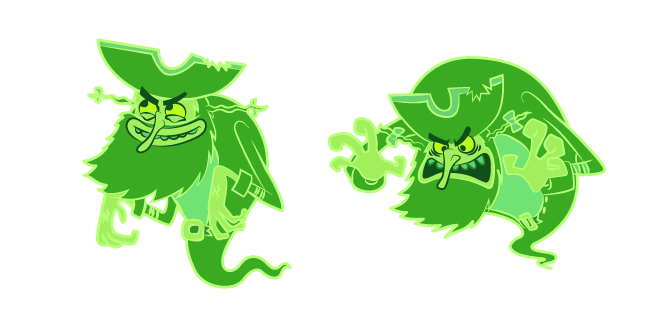 Курсор Mrs. Puff As if I really look like this