This is the sponge we deserve! This is the sponge that can fly and you could see it in The Sponge Who Could Fly episode of SpongeBob SquarePants cartoon. In this episode, SpongeBob wishes he could fly with the jellyfish, despite the residents of Bikini Bottom repeatedly making fun of him. One of his ideas was making bat wings, due to which he could fly. SpongeBob cursor pack with fanart Bat-Sponge cursor. 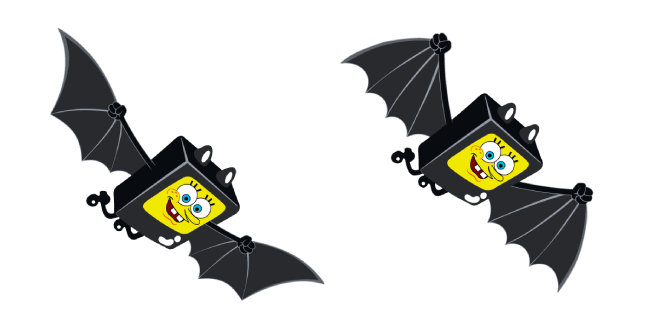