Sophie Camilla Elizabeth Krustofsky is secondary character of the Simpsons cartoon series, a student, dancer, model, radio personality, television personality, and former singer and actress in the US. Sophie is an illegitimate daughter of Krusty the Clown and Erin, a female soldier who Krusty had a one-night stand with during the Gulf War. Sophie is often seen playing violin in the Simpsons series. A fanart Simpsons cursor with Sophie Krustofsky and violin. 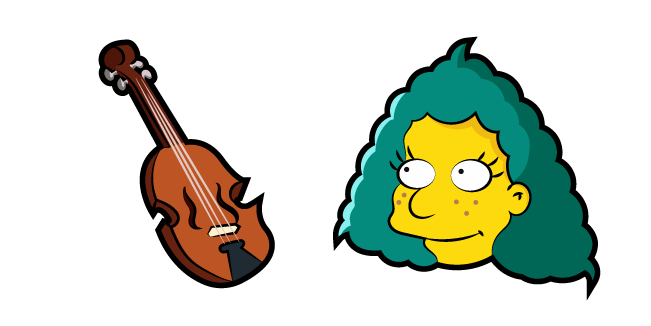