Liz or Elizabeth was a Holy Knight of Danafor and the 106th incarnation of the Goddess Elizabeth in The Seven Deadly Sins anime series. Originally a knight of an enemy kingdom of Danafor, the girl was saved by Meliodas when her mission in the kingdom failed and was about to be sentenced to death. Liz was shown to wear full body armor with no helmet and had short, pink hair covering her right eye. The Seven Deadly Sins cursor pack with fanart pointer Liz. 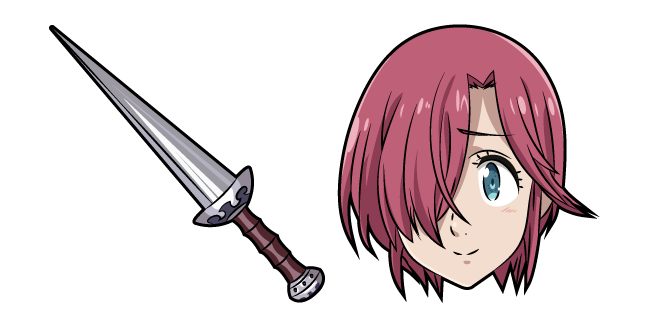