Queen Nehelenia was presented in the 4th season of the anime series as the main villain of the season, and the leader of the Dead Moon Circus. Later, she was known as Queen Helenia and ruled over her own kingdom of peace and harmony, where everybody adored her. She has dark blue hair and wears a necklace, which is a simple gold choker with a red gem. Sailor Moon cursor pack with fanart Queen Nehelenia anime cursor. 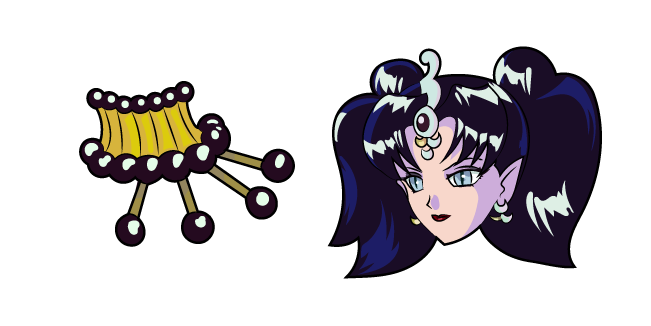