Ombra is a skin in Piggy: Book 2 that appears in Breakout. It is based on its resemblance with the Crawling Trap and Sentinels and seems as if it is likely a hallucination inside Tigry's mind created by TIO. This character is a black tiger-like creature with glowing white highlights all over its body, whose face consists of two white eyes, a triangular nose, and a jagged mouth with stripes on the sides of the head. Fanart Roblox Piggy cursor pack with Ombra. 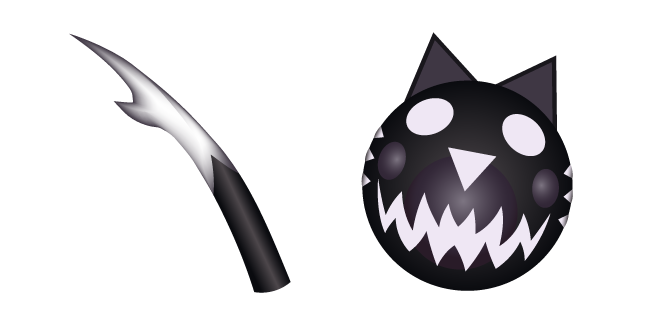