Pokemon Absol is a Dark-type pokemon in the Pokemon cartoons, games, and manga. While it isn't evolving into any other Pokemon it has its Mega Absol form. Its a quadruped, mammalian Pokemon with a dark to a blue body covered in white fur, a feline face with red eyes, and a scythe-like tail. In the Mega Absol form it's fur becomes longer and increased energy makes it stand on its back stand as it has wings. Absol lives in the mountains far from civilization and rarely goes out of his alpine home. A Pokemon mouse cursor with Absol and Mega Absol form. 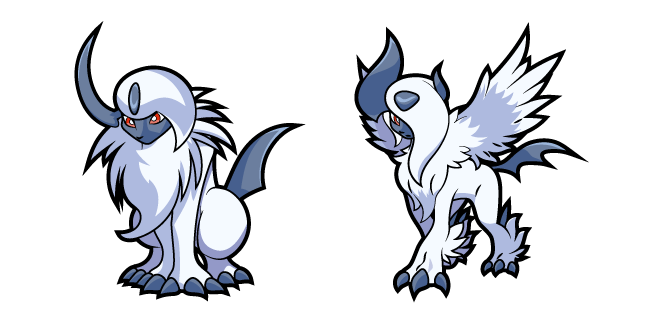