Edric Blight is Emira's younger twin brother and a student at Hexside School of Magic and Demonics. The same as her sister Emira, he has pale skin, pointed ears, golden eyes, thick black eyebrows, short, emerald-green hair, and a mole under his right eye. He kept the bat as a pet and named it Batric. Edric specializes in magic that involves manipulating perception. These illusions can interact with physical objects and people. The Owl House cursor pack with fanart cursor Edric Blight. 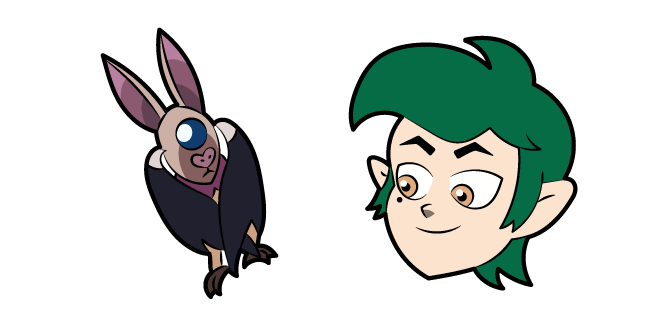 Курсор The Owl House The Collector