Vinsmoke Niji also called Dengeki Blue is a prince of the Germa Kingdom and a commander in the military army called Germa 66. He has blue-colored hair and distinctive curly eyebrows in a form of a spiral that looks like the numeral 6. He is quite proud of his royal status, looking down upon and even abusing commoners and servants. Niji also has a raid suit which he wears in combats. One Piece cursor pack with fanart Vinsmoke Niji cursor. 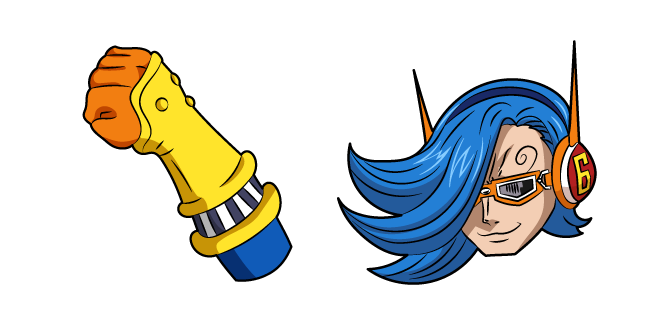