Laserblast was a hero who was part of the organization P.O.I.N.T. in the OK K.O.! Let's Be Heroes series. He has very broad shoulders and a prominent, square jaw. His full face has never been seen, as it has always been hidden under his mask. He has some stubble on his chin and near his jaw. His dark hair is bunched up in the front and over his eyes with two points sticking up in the back, making him look like a Batman. OK K.O.! Let's Be Heroes cursor with fanart Laserblast pointer. 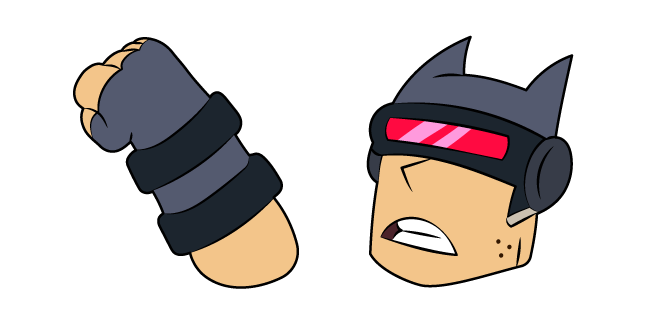