Pink Panther is a fictional character, the humanoid panther who appeared in the opening and closing credit scenes of every film in The Pink Panther series. In the story of the original film, it is told that the Pink Panther was the name of a valuable pink diamond named for a flaw that showed a figure of a springing panther. We were wondering, what can be better than a usual Pink Panther? Only Neon cursor pack with bright Pink Panther pointer. 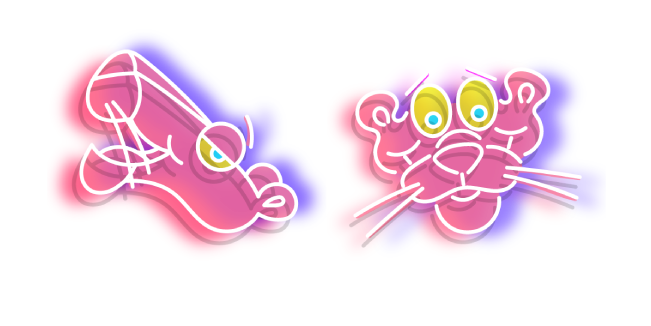