Neji Hyuga is a character in the Naruto cartoon series and an ex shinobi of the Konohagakure Hyuga clan. When the heiress of the main house, Hinata, turned three years old his forehead was branded by his uncle with the customary cursed seal. Neji became spiteful towards the members of the main house for bor what he believed they'd done to his father. That's why he missed no opportunity to try and harm Hinata. Kind and prone to smiling as a child he turned serious and cold after his father's death. Naruto anime cursor with Neji Hyuga. 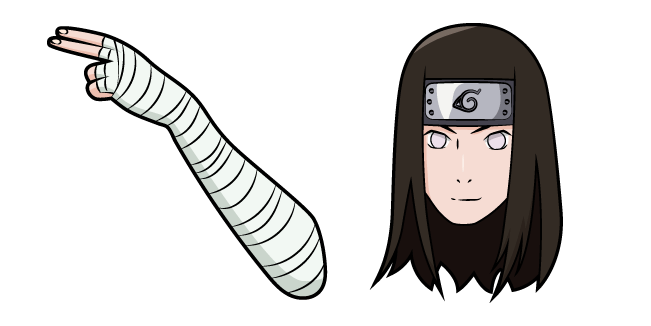