Braeburn is a male Earth pony and Applejack's cousin from Appleloosa, first appearing in the season one episode of Over a Barrel. Like most of the other named Apple family members, his name is apple-related, the name of an apple cultivar. Braeburn is generally described as a very energetic and enthusiastic character, seeming to be very friendly. However, sometimes he can be very clueless about what is happening around him. My Little Pony cursor pack with fanart Braeburn pointer. 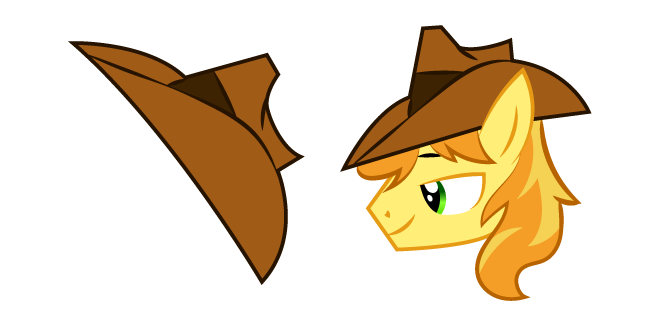