The creature from our fanart Minecraft Mystery Merchant and Fangs of Frost cursor pack appears in the camp after it is rescued by the player inside a ship within Pumpkin Pastures. This character sells mystery loot crates to the player, so there's no telling what they might get from it. It can spawn in Pumpkin Pastures, the camp, or the broken citadel. The twin daggers of the northern mountains, also known as Fangs of Frost, can turn their victim to solid ice with the slightest of touches, leaving a frozen block behind. 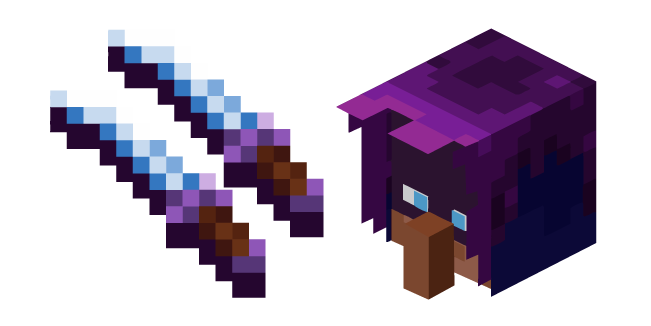