Blue Marvel also known as Adam Bernard Brashear is a Marvel Comics superhero, which debuted in Adam: Legend of the Blue Marvel #1 and was created by Kevin Grevioux. He had pretty unique Anti-Matter Energy Absorption, which seems to be the main source of his power. This kind of power is the energy released from anti-matter, which derives from the interdimensional universe aka Negative Zone. Marvel Comics cursor pack with fanart Blue Marvel aka Adam Brashear cursor. 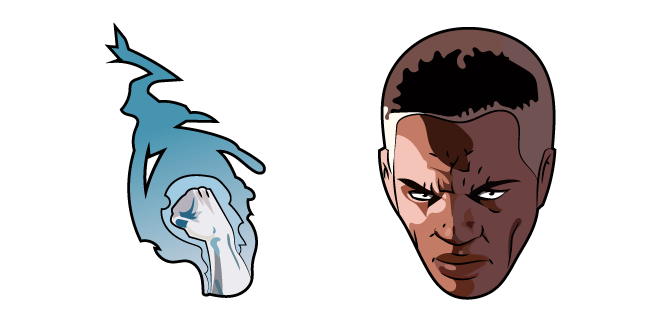