LEGO is also fascinated by Boba Fett and made him as a toy in the Boba Fett's Starship toy set. He was a human male crime lord and former bounty hunter whose career is going for decades, from the fall of the Galactic Republic to the end of the rule of the Galactic Empire. Boba Fett became so popular, that he has cameo appearances in other LEGO Star Wars toy sets. LEGO Star Wars cursor pack with Boba Fett fanart cursor. 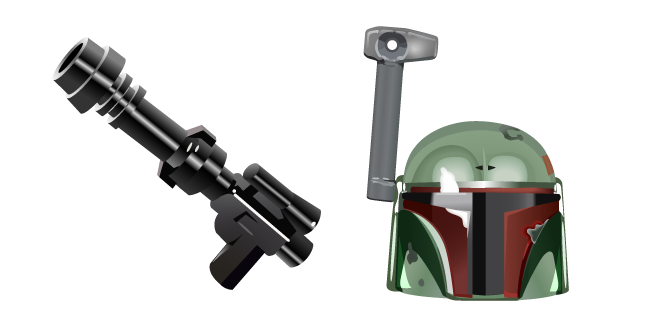