A short alien with no feet called Magolor from the Kirby game series. He first appeared in Kirby's Return to Dream Land game as a final boss. Magolor usually acts politely, but that's only his cover. He has a dark sense of humor and even if someone can say that he is charming and fearless, eventually understand that its a lie. A Magolor Kiby game cursor. 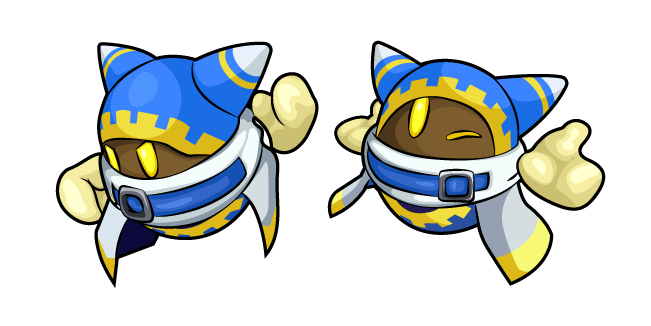