Labor Day in the United States is traditionally on the first Monday in September, when all country honors workers and recognizes workers' contributions to society. In the United States, the idea of Labor Day was presented by Peter J. McGuire, a union leader who founded the United Brotherhood of Carpenters in 1881. In 1882 he suggested to the Central Labor Union of New York that there has to be a celebration honoring American workers. So, here we have this holiday and this cursor pack with Labor Day Hammer. 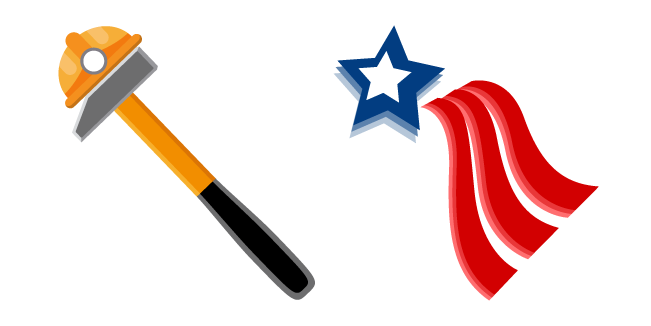