Falco Lombardi is a blue-feathered falcon pilot character of the Star Fox game. He was a member of various space gangs including Free as a Bird and Hot Rodders, but, on invitation from Fox McCloud, he left those gangs to help form a second Star Fox team. Falco Lombardi's flight skills are unmatched, that's why he became an ace pilot of the team. While he was originally piloting an Arwing, in Star Fox Command his Arwing got personalized as The Sky Claw. Falco Lombardi and his Blaster in a Star Fox game mouse cursor. 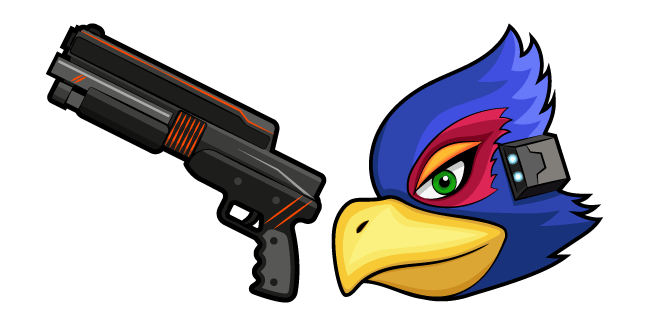