This brown bear with a black hat and glasses is Angus Delaney, a secondary character of Night in the Woods. He works the day shift at Video Outpost named Too and shares an apartment with Gregg in Towne Centre. Angus is a quiet and polite character with a strong interest in science. He was described as an annoyingly strident atheist, who prefers an evidence-based approach to almost everything. Night in the Woods cursor pack with Angus Delaney fanart game pointer. 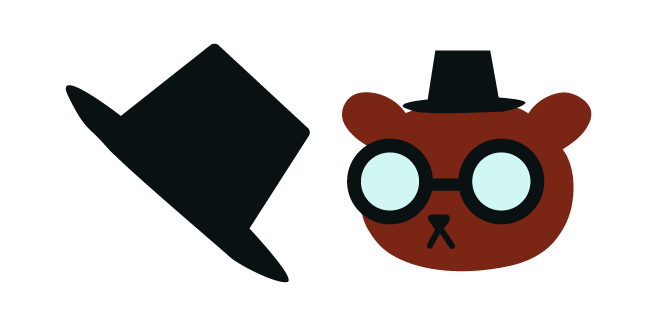