Captain Zapp Brannigan is an egotistical military officer for the Democratic Order of Planets and Earth's Government and captain of at least a ship: usually of the Earth ship Nimbus, but briefly of the luxury liner Titanic. Later, he was introduced as a Twenty-Five Star General or General Major Webelo. He is considered a great military hero by many people, but he is also goofy, arrogant, incompetent, and perverted. Futurama cursor pack with Zapp Brannigan cartoon cursor. 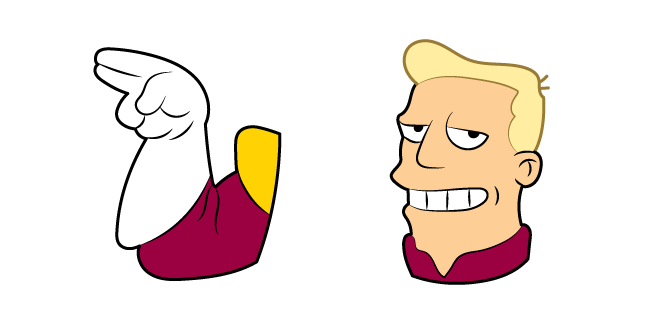