Manager.exe is the antagonist of Week 5, titled Dinner Date in Salty's Sunday Night mod made by Tsuraran that completely overhauls the original Friday Night Funkin'. His tracks are Order Up and Rush Hour. This FNF character is depicted as a light-skinned man with blond hair. According to Tsuraran, this blue string around his micro is a blue magic silly straw that is suspending his microphone in mid-air. Friday Night Funkin' cursor pack with fanart Manager.exe game cursor. 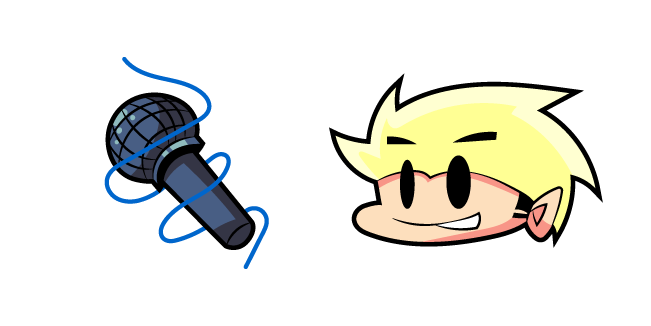